Perhaps you also remember this photo of the chicken dance.

And this photo of this laughing girl.  I believe my comment was, “If only there was an audio with this!!!  It would make your day!” 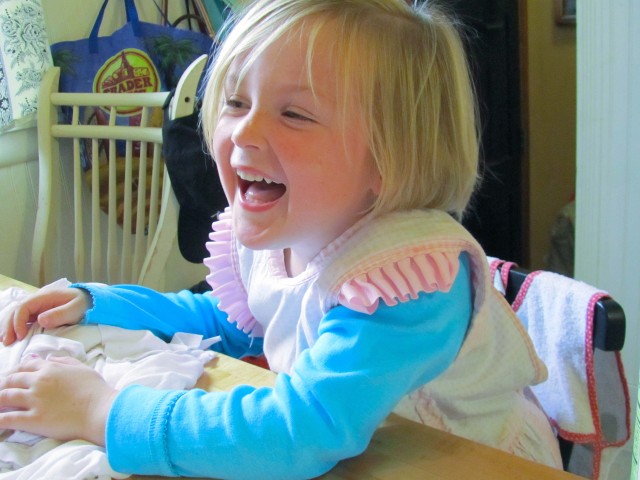 And this photo of this girl.

And this photo of this boy.

And this photo.  I believe my comment was, “The chicken mummies are in a corner of the garage.  I don’t think they have exploded.  They have been there about 10 days.  We can’t smell anything from the house.  Fact is, I forgot about them.”

And this photo of the wrapped chicken mummies.  I believe my comment was, “If the Easter Bunny lays eggs,  does the Chicken mummy have bunny ears?” 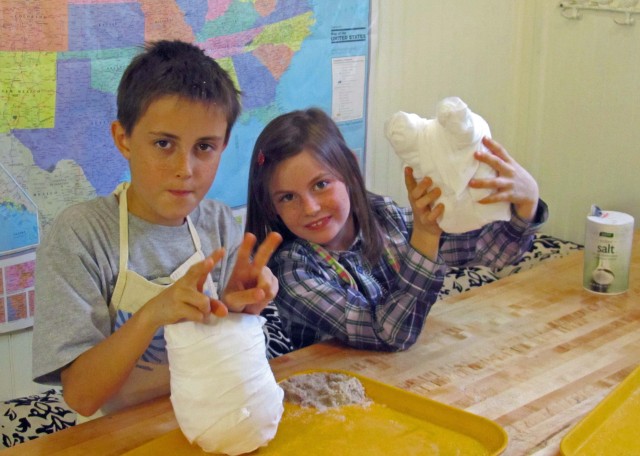 When school get near the end, we start a count down, but before the count down actually  ends I surprise the kids (usually about 4 days early) with the news that school officially ended TODAY!  My reasoning behind this is that I become the instant hero of the day and the kiddos erupt in happiness and give me all kinds of spontaneous hugs, kisses, and “you are the best mommi in the world.”  I can handle spontaneous kisses from the kiddos.  (And so far, the kids haven’t caught on to the fact that I always end school a few days earlier than I said–I still have the element of surprise.)

I like to have closure on our homeschooling year, however,  so we usually have a year end party.  Last year we ate our dinner on a stick.  We had meat and veggie shish-kabobs, fruit kabobs, and even salad kabobs.  Then I gave each kiddo a present that they could use during the summer, like a hoola-hoop, a new jump rope, and a new baseball mitt–something along those lines.  This year I decided to hold off on the gifts, but to have a book burning where they could toss all those workbooks they completed.  Some friends stopped by, so they joined the kids in the fun. 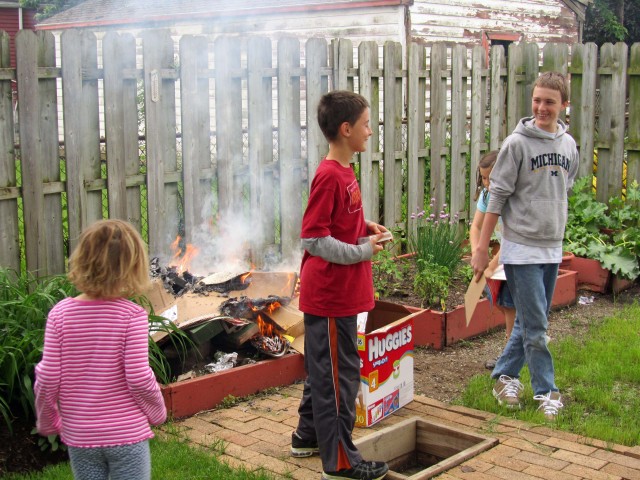 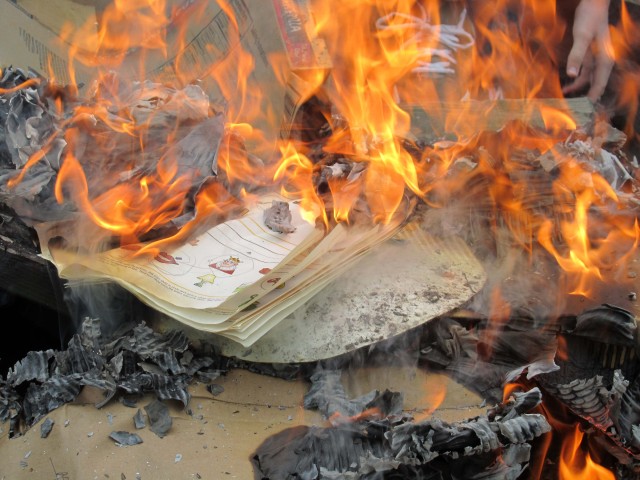 And for our final closure, I told the kids that we were going to unwrap a chicken mummy and give it a proper burial in the trash.  Scout gave me this look. 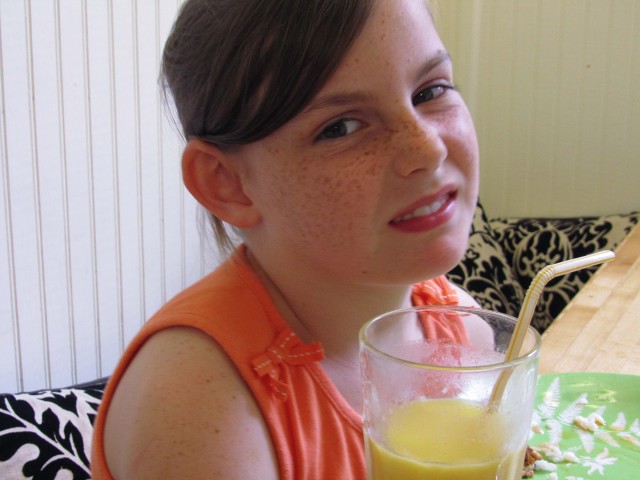 Eloise gave me this look.

So if your stomach can handle it proceed.  If not, you may want to scroll right back up to the top right now.  Either way, thanks for stopping by.

Next, he opened the bag filled with the mummy and salt. 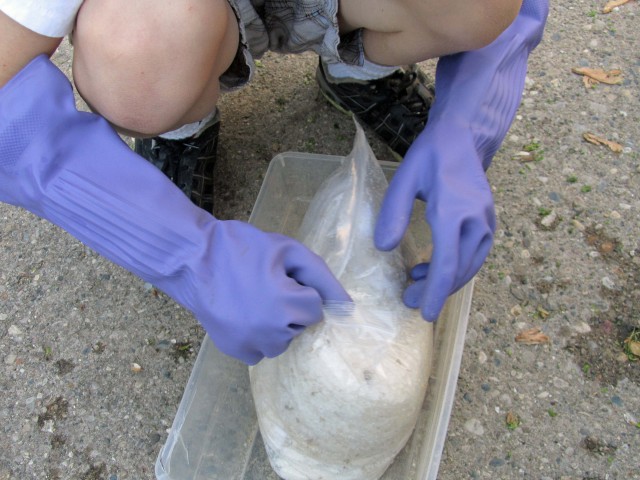 Then the unwrapping began.

Of course the neighbor girls had to come by and see WHAT IN THE WORLD WE WERE DOING!

And ta-da! the chicken mummy! 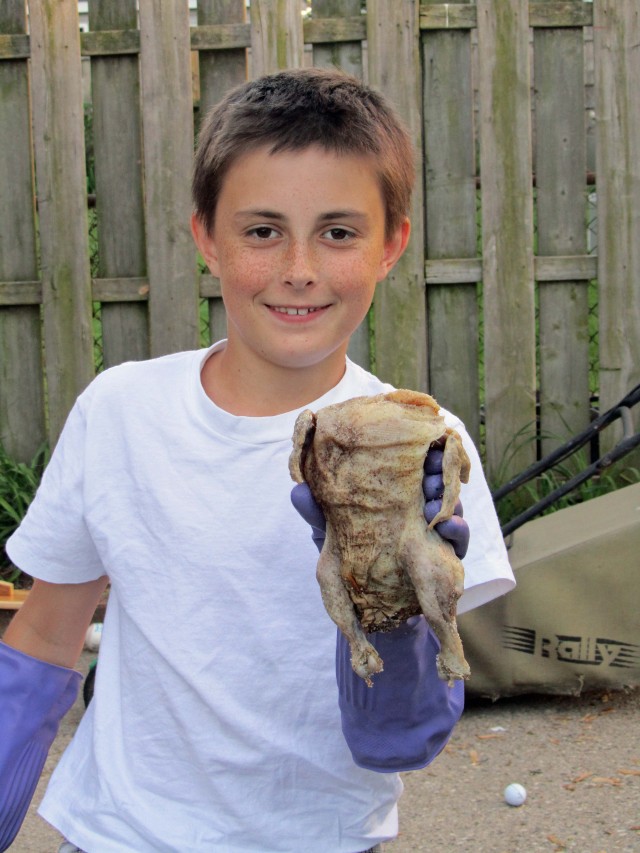 Of course a boy would have to do this! 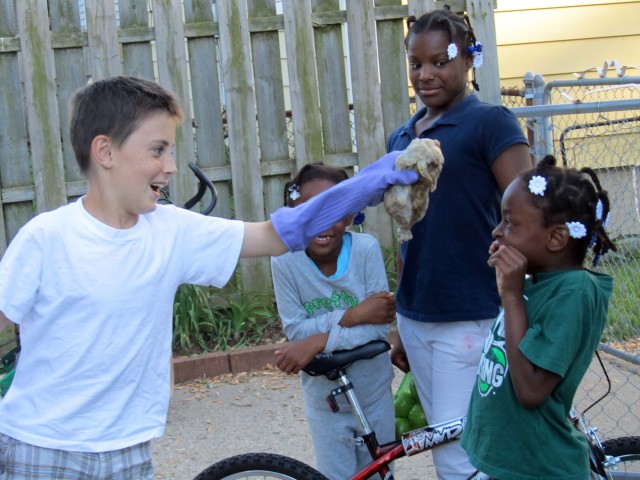 I hope you aren’t having chicken for supper!

P.S.  If you have never met Rudyard Kipling and the Elephant’s Child filled with Insatiable Curiosity, then, O Best Beloved, you should acquaint thyself.
Selected Just So Stories (PlainTales Classics)

5 Responses to She Said–Closing Ceremonies: Chicken Mummies and Book Burnings