This chapter introduces us to Kamante, and like the author, we fall in love with him and all of his ways.  Here are some of my favorite quotes from the chapter.

“I was a doctor to the people on the farm most mornings from nine to ten, and like all great quacks I had a large circle of patients. . .”  I love this sentence!!  She is so funny!!!!

“When [Kamante] saw me he came up to the fence and ran with me as long as it was following the road.  He trotted along, on his side of the fence, like a foal in a paddock when you pass it on horseback, and kept his eyes on my pony, but he did not say a word.  At the corner of the hospital grounds he had to stop, and when as I rode on, I looked back, I saw him standing stock still, with his head up in the air, and staring after me, in the exact manner of a foal when you ride away from it.”  A perfectly visual scene.  I can see Kamante and understand his personality through her description.

“On the farm I used to let my houseboys deal out snuff,–tombacco the Natives say,–to the old women on Sunday mornings, while I myself was still in bed.  On this account I had a queer lot of customers round my house on Sundays, like a very old, rumpled, bald and bony poultry yard. . .”  HA!  not the first time old women have been compared to chickens, but perhaps the most visual description!!

“Sometimes, when I met on of them [old women] on a path in the maize-field, she would stand still in front of me, poke a crooked bony finger at me, and with her old dark face dissolving into laughter, so that all the wrinkles of it were drawn and folded together as by one single secret string being pulled. . .”

I am going to add page numbers, but I have two books, and their type is set differently, so these page numbers may not correspond exactly with your book.  I am using the page number from the book that is available to order by clicking on this link.

Out of Africa (Modern Library)

Harun was a great patron of art and learning, and is best known   for the unsurpassed splendor of his court and lifestyle. Some of   the stories, perhaps the earliest, of The Thousand and One Nights were inspired by the glittering Baghdad court, and King   Shahryar (whose wife, Scheherazade, tells the tales) may have been  based on Harun himself.

p. 25:  pedantry –  an emphasis on trivial points of learning;  used with a negative connotation, indicating someone overly concerned with minutia  and whose tone is perceived as condescending.

p. 27:  declaration of faith of Prometheus – a Greek god who stole fire from Zeus and gave it to mortals.  An excerpt from Wikipedia.

Prometheus, in eternal punishment, is chained to a rock, where his liver is eaten out daily by an eagle, only to be regenerated by night, which, by legend, is due to his immortality. Years later, the Greek hero Hercules slays the eagle and frees Prometheus from his chains.

p. 27:  hot poultice – a moist hot-press (sometimes medicated) that is applied to cuts and sores.

p. 29:  wattle plantation . . .wattletrees – tree/shrubs of the acacia and Mimosa family.  Incense is obtained from acacia trees.  Their bark and roots have many medicinal properties.  Here is a photo

p. 30:  fables of LaFontaine – a French poet/writer from the 1600’s that wrote fables much like Aesop’s. 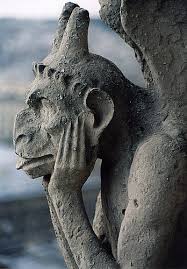 p. 36:  modus vivendi – Latin for manner of life; an agreement between two differing ways or point of view; agree to disagree.

p. 37:  prepossession – a preconception or prejudice

p. 38:  phrenology – a system, now rejected, of studying the skull to analyse a character

p. 39:  vol-au-vents – a small hollow puff pastry.  Here is a photo from Wikipedia p. 39:  legend of Christ making birds of clay – Here is a link to the legend.

p. 41:  Phineas Fogg – I believe she means Phileas Fogg who was the main character in the book “Around the World in 40 Days” by Jules Verne published in 1873.  He was an explorer and adventurer.

p.  41:  “swam the Hellespont like Leander and Lord Byron” – the Hellespont (Greek word) is called the Dardanelles today.  It is the strait that divides Europe from Asia.  It divides Turkey.  It is about 1.2 – 6 miles wide averaging 180 feet wide.  At its deepest it is about 300 feet deep.  Here is an excerpt from Wikipedia. Leander – an excerpt from Wikipedia

Hero and Leander is a Byzantine myth, relating the story of Hero, a priestess of Aphrodite who dwelt in a tower in Sestos on the European side of the Dardanelles/Hellespont, and Leander, a young man from the opposite side of the strait. Leander fell in love with Hero and would swim every night across the Hellespont to be with her. Hero would light a lamp at the top of her tower to guide his way.

Lord Byron – a British poet.  Here is one of his most famous poems.

SHE WALKS IN BEAUTY

SHE walks in beauty, like the night
Of cloudless climes and starry skies;
And all that’s best of dark and bright
Meet in her aspect and her eyes:
Thus mellow’d to that tender light
Which heaven to gaudy day denies.
One shade the more, one ray the less,
Had half impair’d the nameless grace
Which waves in every raven tress,
Or softly lightens o’er her face;
Where thoughts serenely sweet express
How pure, how dear their dwelling-place.
And on that cheek, and o’er that brow,
So soft, so calm, yet eloquent,
The smiles that win, the tints that glow,
But tell of days in goodness spent,
A mind at peace with all below,
A heart whose love is innocent!

From Wikipedia, the free encyclopedia
Cumberland sauce is a fruit-based sauce, usually used on non-white meats such as venison, ham, and lamb. Created sometime in the late 19th century, the sauce was named after the Duke of Cumberland who had ties in Hanover, Germany, where the sauce was invented.

Despite its location of origin, today the sauce is ubiquitous in the Cumbria region of England, and is known as a quintessential British condiment.

Whew!  Another chapter with lots of research.  I am learning so much doing this research, and I hope you are enjoying the book as much as I am.  Most of my research comes from Wikipedia.  I probably could just have bought the Cliff Notes for “Out of Africa,” but I am learning through the process.

Feel free to share your favorite quotes, any questions, or any comments about the book in the comments section.