“Lulu came to my house from the woods as Kamante had come to it from the plain.”  This is the opening sentence of the chapter.  Karen Blixen draws a comparison between Kamante, who was a human with wild animal-like qualities, and Lulu, who was a gazelle with human-like qualities.  Kamante is never quite understood by humans, and Lulu is always partly attached to human.  Kamante is a deformed dwarf, but a Christian.  Lulu is an elegant diva that has a bit of the devil in her.  The first four chapters have the heading of “Kamante and Lulu” for a reason.  We are introduced to both, and love both.  Enjoy.

“Lulu by that time was only as big as a cat, with large quiet purple eyes.  She had such delicate legs that you feared they would not bear being folded up and unfolded again, as she lay down and rose up. Her ears were smooth as silk and exceedingly expressive.  her nose was as black as a truffle.  Her diminutive hoofs gave her all the air of a young Chinese lady of the old school, with laced feet.  It was a rare experience to hold such a perfect thing in your hands.”  Elegant.  Both Lulu and the writing.

p. 67:  Daphne of the woods. . . – Greek myth.  Apollo chases Daphne, but she prays to the river god and is changed into a laurel tree.  Therefore, laurel becomes sacred and is used to crown the winners in Greek games.  A famous sculpture by Bernini catches the transformation.  Note how her fingers are already twigs. 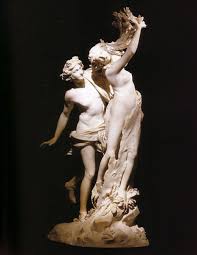 p. 68:  swash – a turbulent layer of water that washes up on the beach after a wave has broken

p. 68:  shoal of fishes –   A very long definition.  Excerpt.  Being a member of fishkeeping forums I often came across the words fish, fishes, shoal and school.  Many people are a little unaware of their correct usage.

The differences between the first two are probably better known:

Fish can mean an individual fish, or many fish of the same species

Fishes refers to a group of fish comprising of more than one species.

The below is something I wrote a while ago to inform people of the actual scientific use of the terms.  Happy reading:

Many people (myself included) tend to use the terms “school” and “shoal” somewhat indiscriminately without thinking too much for the difference between them.

However, I happened to come across the scientific definitions while reading.

The below information was gleaned from Fishes, An Introduction to Ichthyology Fifth Edition by Peter B. Moyle and Joseph J. Cech, Jr.

Shoaling is perhaps the most fascinating social behaviour possessed by fish, although most attention has been focused on the most spectacular aspect of shoaling: schooling.  A School of fish often seems to have a mind of its own, moving in co-ordinated fashion through complicated manoeuvres with the members precisely spaced within it.  A shoal is any group of fishes that remains together for social reasons, whereas a school is a polarised, synchronised shoal (Pitcher and Parish 1993)

p. 70:  expatiating – to speak or write in length or detail

p. 71:  Beauty and the Beast – an ancient fairy tale.  Click to read the Wikipedia entry. http://en.wikipedia.org/wiki/Beauty_and_the_Beast 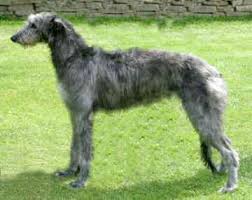 p. 73:  Somaliland – today is an unrecognized, self-declared sovereign state. (Although in the story I believe it is referring just to the country of British Somaliland  which was a British protectorate in the northern part of present-day Somalia. For much of its existence, British Somaliland was bordered by French Somaliland, Ethiopia, and Italian Somaliland.)

p. 74:  mien – a person’s look or manner indicating their character or mood; bearing or manner especially as it reveals an inner state of mind.  [mean]

p. 74:  Heine’s song of the wise and gentle gazelles. . . – a German poet of the 1800’s.  Many of his poems have been set to music by famous composers including Robert Schuman, Franz Schubert, Johannes Brahms, Richard Strauss, etc. . .

On wings of song

On ascending the throne Louis XII. reduced the public taxes and confirmed in  their posts his predecessor’s chief advisers, using to Louis de la Tremoille,  who had been one of his most energetic foes, that celebrated expression, “The  King of France avenges not the wrongs of the Duke of Orleans.” At the same time,  on the day of his coronation at Rheims [May 27, 1492], he assumed, besides his  title of King of France, the titles of King of Naples and of Jerusalem and Duke  of Milan. This was as much as to say that he would pursue a pacific and  conservative policy at home and a warlike and adventurous policy abroad. And,  indeed, his government did present these two phases, so different and  inharmonious. By his policy at home Louis XII. deserved and obtained the name of  Father of the People; by his enterprises and wars abroad he involved France  still more deeply than Charles VIII. had in that mad course of distant,  reckless, and incoherent conquests for which his successor, Francis I., was  destined to pay by capture at Pavia and by the lamentable treaty of Madrid, in  1526, as the price of his release.

p. 78:  ox-eyed Hera –  this is from the Iliad.  Wikipedia excerpt.  Hera was the wife and one of three sisters of Zeus in the Olympian pantheon of classical Greek Mythology. Her chief function was as the goddess of women and marriage. In Roman mythology, Juno was the equivalent mythical character. The cow, and later, the peacock were sacred to her.

p. 79:  tardive – French. appearing or tending to appear late; as in human developement or in the treatment of a disease.  [tahr-div]

p. 80:  boorish – resembling the character of a boor (Dutch peasant); an ill-mannered and coarse in behaviour or appearance.

p. 82:  East African Standard – Kenya’s oldest newspaper.  Started in 1902.  I tried to search the archives for the article, but didn’t get anywhere.

The Pythi, commonly known as the Oracle of Delphi, was the priestess at the Temple of Apollo at Delphi, located on the slopes of Mount Parnassus. The Pythia was widely credited for her prophecies inspired by Apollo. The Delphic oracle was established in the 8th century BC.  The last recorded response was given in 393 AD, when the emperor Theodosius I ordered pagan temples to cease operation. During this period the Delphic Oracle was the most prestigious and authoritative oracle in the Greek world. The oracle is one of the best-documented religious institutions of the classical Greek world.

Word History: Although caviar might seem to be
something quintessentially Russian, the word caviar is not, the native
Russian term being ikra. Caviar first came into English in the 16th
century, probably by way of French and Italian, which borrowed it from Turkish
havyar. The source of the Turkish word is apparently an Iranian dialectal
form related to the Persian word for “egg,” kh

yah, and this in turn goes back to
the same Indo-European root that gives us the English words egg and
oval. This rather exotic etymology is appropriate to a substance that is
not to everyone’s taste, giving rise to Shakespeare’s famous phrase, ” ’twas
caviary to the general,” the general public, that is.

Hamlet:
Come give us a taste of your quality, come, a
passionate
speech.

Hamlet:
I heard thee speak me a speech once, but it was
never acted,
or if it was, not above once; for the play, I remember, pleas’d
not
the million, ’twas caviare to the general. But it was, as I receiv’d
it
—and others, whose judgments in such matters cried in the top
of
mine—an excellent play, well digested in the scenes, set down
with as
much modesty as cunning.

“Caviar to the general” is not a delicacy prepared for the commanding
officer. Like “pearls before swine,” it refers to quality unbefitting those who
partake in it. The “general” are the multitude—Hamlet’s “million,” too numerous
and too vulgar to grasp the “quality” (here, “skill”) of an excellent stage
play.

Hamlet addresses the traveling dramatic troupe which has come to the Danish
court to entertain the king. This is the same troupe the prince will use to
“catch the conscience” of Claudius [see THE PLAY’S THE
THING]. Hamlet nostalgically recalls a speech from a dramatization of the
fall of Troy and commends the players’ unappreciated skill. Shakespeare may be
parodying the complaints of other playwrights, especially Ben Jonson, that the
many-headed multitude don’t know art when they see it. Despite Hamlet’s
Jonsonian snobbery, Shakespeare’s own position was probably more ambivalent.

p. 84:  bandy-legged – another term for bow-legged.  Excerpt from Wikipedia.

If a child is sickly, either with rickets or suffering from any ailment that prevents the due ossification of the bones, or is improperly fed, the bowed condition may remain persistent. Thus the chief cause of this deformity is rickets. Skeletal problems, infection, and tumors can also affect the growth of the leg, sometimes giving rise to a one-sided bow-leggedness. The remaining causes are occupational, especially among jockeys, and from physical trauma, the condition being very likely to supervene after accidents involving the condyles of the femur.

This ends the first section of the book.  The next section is five chapters long and is entitled “A Shooting Accident on the Farm.”  Although it is a sad story, we stay distant enough from the incident to be able to enjoy the narrative, yet close enough to participate in the action.