First off, rhubarb seems to have come from China.  (As does apricots, peaches, lemons, oranges, and probably onions and garlic also.  It seems that the “Made in China” sticker we see on everything isn’t a new phenomenon.)  In 2700 B.C. rhubarb was used as a purgative.  Marco Polo talked about it.  Rhubarb came to the  Americas in about 1790.  A unnammed farmer in Maine introduced it by bringing a root from Europe.  Thank you unnamed Maine farmer!  Rhubarb was sold in produce markets by 1822.

Technically, rhubarb is a vegetable.  It is in the same family as garden sorrel and related to buckwheat.  However, in 1947, New York legislated that rhubarb could be called a fruit (and therefore marketed as a fruit.)

Here is a photo of garden sorrel.

Here is a photo of buckwheat. 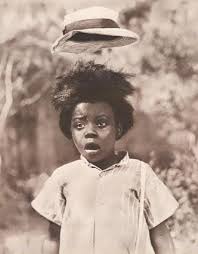 There are many varieties of rhubarb grown.  The green varieties are more resilient to disease and more productive than the red varieties.  Both varieties have about the same level of tartness.  The roots of the plant can be used as a dye–similar to the color of walnuts.  The roots are also used as a laxative.  A natural insecticide can be made from the leaves.  So literally, you can dye from rhubarb.

Rhubarb is high in Vitamin C, and for that reason, during World War I, Brits, who were dealing with food shortages, began to introduce recipes that included the leaves.  This lead to some allergic reactions, and the realization that the leaves contained a poison.

In both the leaves and stalk there is an oxalic acid that is poisonous.  Oxalic acid is also found in bleach, metal cleaners, and in anti-rust products.  Although found in both the leaves and the stalk, the leaves contain a much larger quantity.  The leaves also contain anthraquinone glycosides.  I have no idea what that is, but it sounds poisonous.  The combination may be what makes the leaves poisonous whereas the stalks aren’t poisonous.  Scientists don’t really know, however.  How poisonous are the stalks?  It is estimated that you would need to eat about 5 kg (another source said 11 lbs.) of sour leaves to be poisoned.  The exception is that some people are allergic to rhubarb, and therefore, for them a much smaller amount would “poison” them by causing an allergic reaction.  Oxalic acid can cause kidney damage, so rhubarb leaf poisoning should be taken seriously.  For that reason, rhubarb should not be harvested after a frost, as the frost triggers a release of toxin back into the stalk.

So what is oxalic acid?  I don’t really know.  I couldn’t wade through all the chemistry part, but I do know that it is naturally found in several foods–chives (1.48%), spinach (.97%) , parsley (1.31%), rhubarb (1.34%) and black tea.  (Different studies found significantly differing amounts.  If the food is cooked vrs. raw, the amounts also differ.  Consider those percentages a rough estimate.  http://oxalicacidinfo.com/)  The problem arises in that oxalic acid is the most common component of kidney stones.  If you suffer from kidney stones, you might want to avoid rhubarb.)  Oxcalic acid is also used in some cleaners like Bar Keepers Friend, and used on finished marble sculptures to seal the surface and give it a shine.  So let’s sum this up:  rhubarb is a laxative, a dye, you can clean with it, polish marble with it, and make Buckwheat pancakes with it.  Right?  Wrong—sorry, I got carried away with the oxalic acid part.  LET’S EAT THE STUFF!

My rhubarb is of the green variety and highly productive.  This is the second time I harvested it.  With this harvest, I plan on making some cooked rhubarb jam, and a new-to-us-recipe called, Rhubarb Crunch.

Let’s start by getting rid of those poisonous leaves.

De-leafed and cleaned, they are ready to be chopped into pieces.  I used these larger pieces for jam, but since The Hunni doesn’t like stringy rhubarb, I chopped the pieces smaller for the Rhubarb Crunch.

Add the dry ingredients to a bowl.  Basically, you are making the “crunch/crisp” part of the recipe.

Cut in 1/2 a cup of butter.  Now I doubled this recipe, so you will see larger amounts in the bowl.

Now doesn’t that look delicious?  I ended up with more “crisp” than I needed, so I froze the extra.  Now I have half of a “crisp” ready to go, or I can easily add it to the top of a pie to make it a “Dutch” (i.e. cheaper) pie.

Press about half of the “crisp” into the bottom of an ungreased 9X9 pan, or if you are doubling it, into a 9X13.

Back to the chopped rhubarb.  Add some orange zest.  My high-class zester came from the dollar store.  And then squeeze the orange into the rhubarb mixture.

Add 2 tablespoons of corn starch to keep the crisp from getting too runny.

Bring on the sweetness.  Rhubarb is tart.  Add about 1 cup of sugar for every 4 cups of rhubarb.

Stir it all together.  I knew that serving up a green colored dessert would not go over well in this family, so I added some food coloring.  The trouble is that The Hunni had used much of my red food coloring in a Sunday School lesson.  I had used the remainder in my rhubarb jam, so I grabbed a can of beets and added some juice.  In color it helped a bit, and it didn’t taste “beet-ish”.  However, I would advise sticking with food coloring.  If The Hunni or one of the kiddos had seen me add beet juice to their dessert, they never would have trusted me again!

Dump the rhubarb mixture on top of the “crisp.”

Here, I panicked about the possible beet-ish flavor and I really dumped in the vanilla.  It is supposed to have 1 teaspoon (of course it should be added to the rhubarb mixture before being dumped on top of the “crisp”, but that is how things happen around here at My Whit’s End.)

Add some more of the “crisp” mixture on top of the rhubarb.  If you have extra, put it in a plastic bag, and freeze for later use.

Now I meant to take a picture when the Rhubarb Crunch came out of the oven, but The Hunni found the smell so wonderful, that he helped himself.  And then the kiddos helped themselves, and then some neighbor kids, and then I joined them, and then we all had seconds after supper, and that pretty much finished off the Rhubarb Crunch.  Which was the point all along. 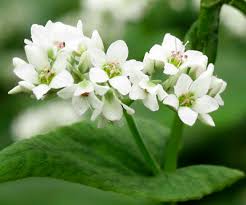 P.P.S.  Can anyone tell my why my spell check wouldn’t allow “an unnamed man”?  It corrected it to “a unnamed man.”  I thought the rule required “an” instead of “a”.