“When Farah married, and brought his wife from Somaliland to the farm, with her came a lively and gentle little flight of dusky doves: her mother, her younger sister, and a young cousin. . .”

“Small mishaps on the farm, and jokes on our local affairs, set them laughing like a whole chime of jingles in the house.” 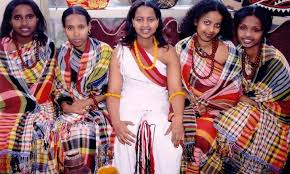 “They were competing in excellency in a congenial spirit; probably where you are in reality upon the market, and have your price openly discussed, rivalry takes on a frank and honest character.”

“The mother herself was an impressive figure, very stout, with the powerful and benevolent placidity of a female elephant, contented in her strength.”

“Their own clothes played a tremendous part in their lives, which was no wonder, since to them they were all at once material of war, booty of war, and symbols of victory, like conquered banners.”

p. 184:  comme il faut – French.  being in accord with conventions or accepted standards; proper.

p. 190:  great battues of the autumn season – battue – the driving of game toward the hunter my beating the woods and brushes.  Battre is French for “to beat.”

p. 191:  not begrime names that were as fresh as Dian’s visage – a quote from Shakespeare’s Othello in reference to Othello’s wife. prune pure – also known as Gallo blue.  I couldn’t find an image or color swatch.  If you find one, let me know.

Saffranine – a yellow I believe.

I found the differences in ideas about marriage interesting.  I hope you enjoyed a different perspective.  Next time, we will meet Old Knudsen again.  His name says it all.