“Sometimes visitors from Europe drifted into the farm like wrecked timber into still waters, turned and rotated, till in the end they were washed out again, or dissolved and sank.”

“He had experienced many things:  shipwrecks, plague, fishes of unknown colouring, drinking-spouts, water-spouts, three contemporaneous suns in the sky, false friends, black villainy, short successes, and showers of gold that instantly dried up again.  One strong feeling ran through his Odyssey: the abomination of the law, and all its works, and all its doings.”–what a great description!!  Don’t you feel as if you know him?

[Old Knudsen]”. . .but when he recovered breath, and for a little while was without pain, then sparks flew from the dying fire once more.  He would then come to me and explain how he had got to fight with a morbid melancholic disposition in himself, and absurd tendency to see things black. . . .”–this entire paragraph describes a strong person fighting depression.  A poignant paragraph, especially if you have ever had this fight yourself.

“She was the woman who ruins the pleasure of man, and therein is always right.  She was the wife of curtain-lectures, and the housewife of the big cleaning-days, she stopped all enterprises, she washed the faces of boys, and snatched away the man’s glass of gin from the table before him, she was law and order embodied.  In her calm of absolute power. . .she ruled by reasoning and righteousness. . . He had fled from her to the Sea, for the Sea she loathes.”–ouch!  Let me never be that Woman.  She cannot be reasoned with as she is Reason and Righteousness.

“. . .the long file of cattle, sedately marching along the narrow bank looked against the sky like Noah’s procession of animals going into the ark; and Old Knudsen himself, counting them, his stick under his arm, looked like the boatbuilder Noah. . .”–you can see Old Knudsen, can’t you.

“Later on we even built two more dams lower down and in this way obtained a row of ponds, like pearls upon a string.”–beautiful. 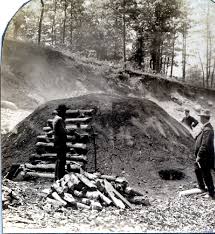 /ˈiːdʒɨs/), from Greek αιγίς, is a large collar or cape worn in ancient times to display the protection provided by a high religious authority or the holder of a protective shield signifying the same, such as a bag-like garment that contained a shield. Sometimes the garment and the shield are merged, with a small version of the shield appearing on the garment. It originally was derived from the protective shield associated with a religious figure when related in myths and images. The wearing of the aegis and its contents show sponsorship, protection, or authority derived from yet a higher source or deity. The name has been extended to many other entities, and the concept of a protective shield is found in other mythologies, while its form varies across sources.

Mise-en-scène (French pronunciation: [mizɑ̃sɛn] “placing on stage”) is an expression used to describe the design aspects of a theatre or film production, which essentially means “visual theme” or “telling a story” —both in visually artful ways through storyboarding, cinematography and stage design, and in poetically artful ways through direction. Mise-en-scène has been called film criticism‘s “grand undefined term.”[1]

When applied to the cinema, mise-en-scène refers to everything that appears before the camera and its arrangement—composition, sets, props, actors, costumes, and lighting.[2] Mise-en-scène also includes the positioning and movement of actors on the set, which is called blocking.

Puck, also known as Robin Goodfellow, is a character in William Shakespeare‘s play A Midsummer Night’s Dream that was based on the ancient figure in English mythology, also called Puck. Puck is a clever and mischievous elf and personifies the trickster or the wise knave. In the play, Shakespeare introduces Puck as the “shrewd and knavish sprite” and “that merry wanderer of the night” and jester to Oberon, the fairy king.

Whitsun (also Whitsunday, Whit Sunday or Whit) is the name used in the UK for the Christian festival of Pentecost, the seventh Sunday after Easter, which commemorates the descent of the Holy Spirit upon Christ’s disciples (Acts of the Apostles chapter 2). In England it took on some characteristics of Beltane, which originated from the pagan celebration of Summer’s Day, the beginning of the Summer half-year, in Europe.[1] Whit Monday, the day after Whitsun, was a holiday in the UK until 1967 when the movable holiday was replaced with the fixed Spring Bank Holiday in late May. Whit was the occasion for varied forms of celebration. In the north west of England, church and chapel parades called Whit Walks still take place at this time (sometimes on Whit Friday, the Friday after Whitsun).[2] Typically, the parades contain brass bands and choirs; girls attending are dressed in white. Traditionally, Whit Fairs (sometimes called Whitsun Ales[3]) took place. Other customs such as morris dancing[4] and cheese rolling[5] are associated with Whit, although in many cases they have been transferred to the Spring Bank Holiday.

p. 197:  three contemporaneous suns – I could not find any event which Old Knudsen might be describing.  Any ideas would be appreciated.

Helsingør (Danish pronunciation: [hɛlseŋˈøɐ̯ˀ]; also known as Elsinore in English) is a city and the municipal seat of Helsingør municipality on the northeast coast of the island of Zealand (Danish: Sjælland) in eastern Denmark. Helsingør has a population of 46,279 (1 January 2011)[1] including the southern suburbs of Snekkersten and Espergærde. It is known internationally as the setting of William Shakespeare‘s Hamlet, whence the spelling ‘Elsinore’ originated.

203:  by proxy – the authority to represent someone else; a person authorized to act on behalf of others.