She Said–Random Ramblings of Old Photos

Posted on September 5, 2011 by whitsendmom

This photo here started it.  I was looking through some albums for a photograph I took of a rainbow over our house, when I came upon this photo.  Whatever happened to this boy?  He is going to turn 11 next month.

This was when we lived in Florida.  I think he is licking the batter for his birthday cake.  I always loved him in overalls. 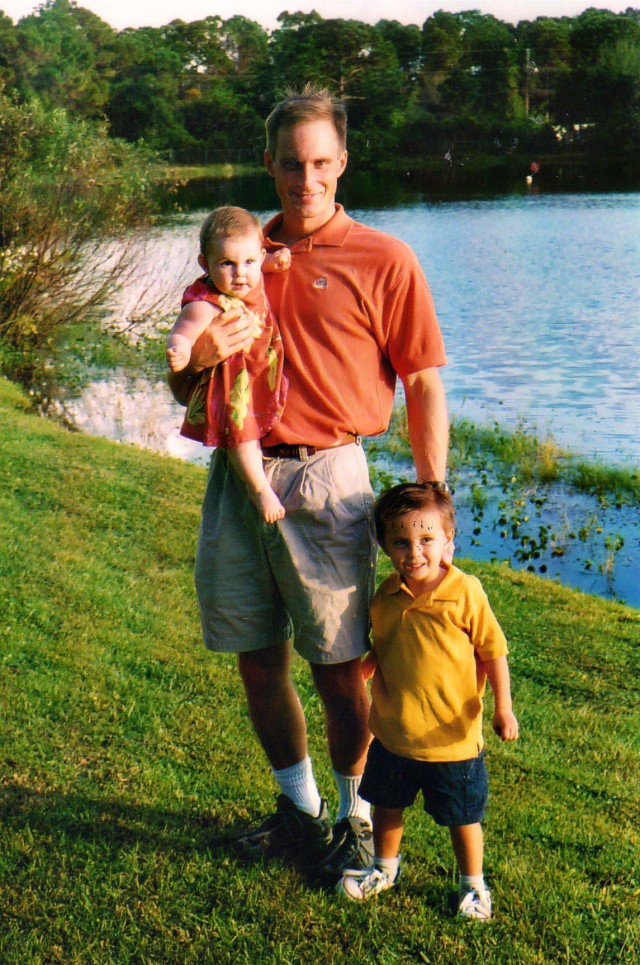 And that little fat munchkin is Scout.  A mama alligator lived in that pond.  She had babies, so there was a papa alligator at one point.  We got used to the alligator and used to go out in the evenings to look for her and her babies.

I think this was his first black eye.  I don’t remember how he got it, though.  He’s had several since that day.

Could this really be Scout?  She now has long brown hair, long legs, and a quick smile.

We still have that guitar!!  The Hunni is teaching him some chords.  Right here he was “playing for a hymn sing.”  Like Daddi like Boy.

I forgot my brother had a beard for awhile.  Here we are moving in to our house in Michigan.

Gotta smile.  We used to let him run around without a diaper on at the beach all the time.  We loved those days on the beach.

The Hunni starting out on his flight training–no bars on his lapels.  The Hunni had hair and Little Big Guy didn’t–funny how things change.

Those were my boys.  We now have one more.  Little Big Guy kinda looks like Little Man. 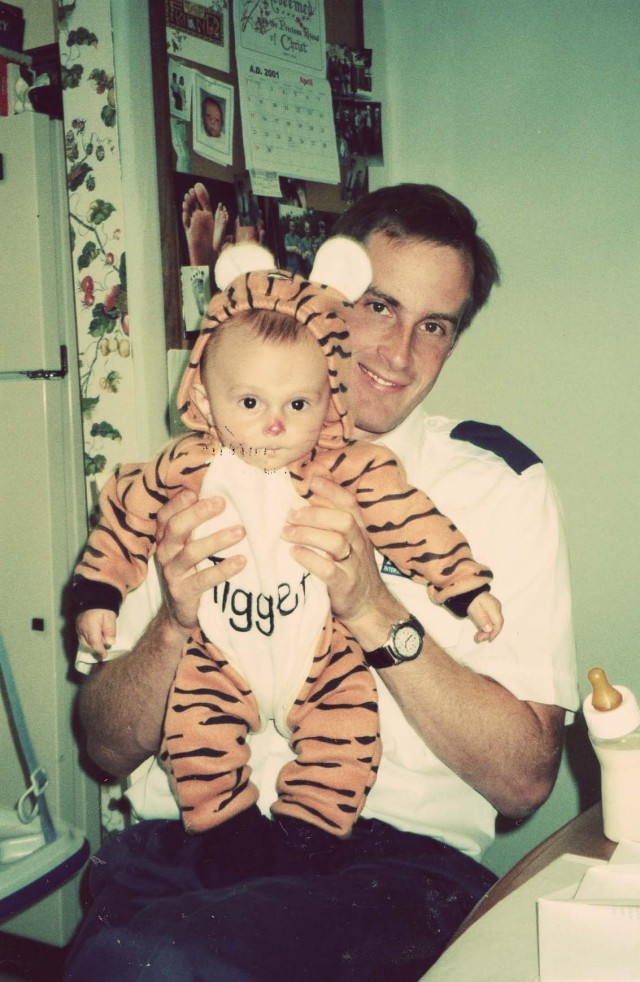 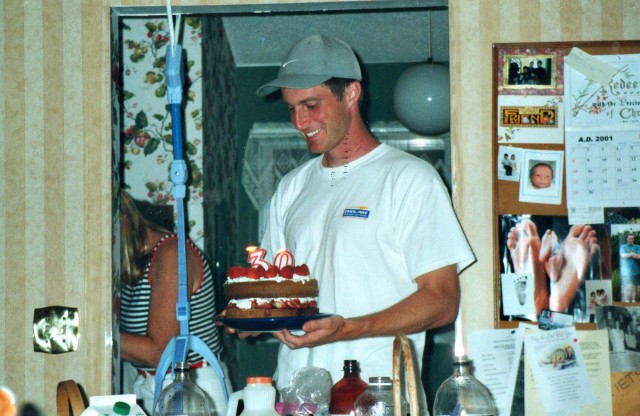 Ten years ago!!  The Hunni celebrated his 4-0 this year.

They were sooooo little.  We had Scout’s hair cut short for the longest time.  Freckles.

She still has the same brown eyes, although not so serious. 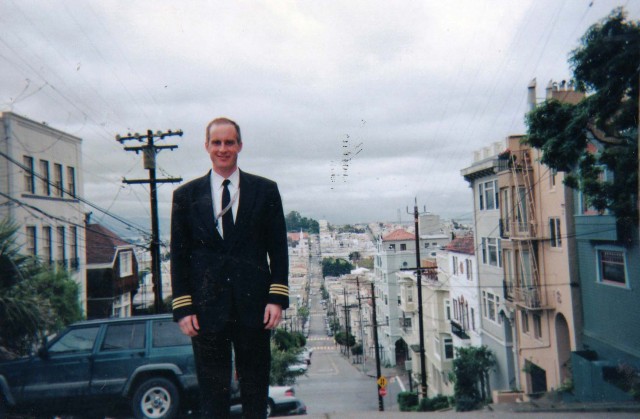 San Fran as an F.O.–First Officer.  Four gold bars is a Captain.  I love this guy.

A party back in Illinois celebrating a friend graduating from Nursing.  That’s my DAD!!

The Hunni at a VBS.  I love it that he loves that Book.  He helps keep this family heading down that bumpy road to the Celestial City.