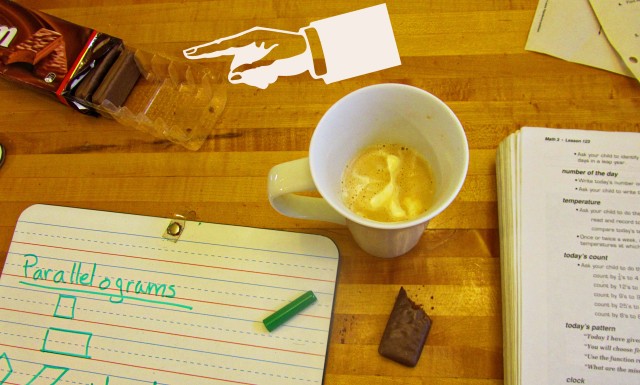 I love to win things.

I love “brown paper packages tied up with string!”

Yesterday, I received a package in the mail from AUSTRALIA!  It was so much fun.  I had won a blog Give-Away from Christie’s blog called “The Plunge Down Under.”  Christie is my third cousin.  My question is. . .Do you know any of your third cousins???  Her grandma still lives on the apple orchard we visited this past fall.

And it was at her grandmother’s house, my Aunt Lyda, where in one visit we had three catastrophes.  My two year old brother swallowed a quarter and therefore threw up every meal for a week (especially fun at company’s house).  Now my mom thought something was wrong and suggested to the doctor that he do an X-ray, but he said it was the flu bug and sent her home.

During this same trip my sister and I decided to run and get Aunt Lyda’s mail for her.  The mailbox was just across a small ditch, and there was a board to help you cross the ditch.  The only problem was that the board was slippery with moss, and there was a nail sticking out of the side.  My sister slipped on the moss, and the nail tore her inner thigh open from her knee all the way up.  I remember carrying her on my back up to the house.  And she still carries a scar.

That night when my mom had returned from the hospital, she was helping Aunt Lyda set the dinner table.  The china cabinet door was opened, and my tired mom caught the door as she went by.  The china cabinet set on top of anther cabinet, but wasn’t nailed down.  The top cabinet slowly tipped forward.  I was right there, and I caught the entire top china cabinet on my back.  I knew that if it fell, it would be VERY BAD!!!  But I didn’t want to scream or anything, so I just stood there bracing up and “MMmmmmHHmmming!”  My mom finally saw me (probably seconds, but it seemed like a looooooooooong time.)  And ran back and righted the china cabinet.  I remember her commenting on the fact that there was hand-painted china in there and phrases like “irreplaceable, I just want to get home, and let’s just not say anything about this incident.”

I also remember that she didn’t say anything about how wonderful it was that I caught the china cabinet on my back.  🙂

We did not return to visit Michigan for MANY years after that trip.  Our Michigan cousins would say, “It has been a long time since you have been up!”  But my mom just smiled and said that it had been awhile.

Well my distant cousin (as in she is living in Australia) has a blog I enjoy, and sent me some Tim Tams (notice the arrow in the first picture).  I don’t know exactly what Christie’s family will miss about Australia when they return, but my guess is that Tim Tams will be on the list.

So I hope Kathy enjoys her gift as she won the Quotable Quotes Contest.  Here is a photo of what is coming in the mail for her.

And here are the answers to the Quotable Quotes.  Thanks everyone for participating.

1.  BUGS BUNNY:  “You are outnumbered one to one, surrender or die!”

2.  BOO HOO HIPPOPOTAMUS from Paul White’s Jungle Tails:  “What a handsome hippopotamus!”  –said when we want to complement someone.

3.  Ricky:  “There you go again, wanting something that you haven’t got.”  and LUCILLE BALL replies, “I do not! I just want to see what it is that I haven’t got that I don’t want.”

4.  POOH:  “How long does getting thin take?”–said often and usually with a full mouth by the Mommi around here.

5.  The PIRATES of Swallows and Amazons:  “DEATH OR GLORY!”–precedes all charges and conquering of enemies.

7.  The kids in CHEAPER BY THE DOZEN:  “NOT OF GENERAL INTEREST!”–said at the breakfast/lunch/dinner table when one party is bored or disgusted by the topic of conversation.

8.  LANGSTON HUGHES:  “Life for me ain’t been no crystal stair.”

9.  BRIAN JACQUES:  “One day I was walking by the lake.  I spotted a feller whose name was McSnake.  And I gave him such a shake, that the adder became a subtracter.”–Clement’s version of high poetry.  He quotes it at random moments.

11. MR. WHISKERS in Cranberry Thanksgiving:  “How about another piece?”–usually said after the first dessert has been consumed.

I hope your day was as beautiful as ours.

This entry was posted in Book Club and tagged children's classic book. Bookmark the permalink.