A White Wine.  This White Wine has no bubbles or a “sparkling finish,” but could be described as rather “robust” and with “a strong personality.”

This White Wine would not be described using the words “apricot,” “light,” or “citrus,” or “bright flavours” but rather with words like “full-bodied,” “complex,” and perhaps even “unbalanced,” but with “a heart of oak.”

This White Whine is bottled in Michigan under the label, “My Whit’s End Running Momma’s Blues!”

So here is the whine for you to sample.

I have been running regularly since January.  I followed a program called, “Couch Potato to 5K.”–okay that wasn’t the exact name, but you get the idea.  This means I had to run when it was cold outside.  “And baby, was it every cold outside.” And from this post you will see how I feel about being cold.

I figured what was good for the Mama was good for the kiddos, so we all bundled up.  It took us 1/2 an hour just to get us all out the door.  Then I had to crack the whip and yell, “Gee!” and “Haw!” at the kiddos.  (Gee and Haw for non-farmers are what you yell at oxen to turn right or left.)

“Gee and haw are voice commands used to tell a draft horse to turn right or left when pulling a plow or other farm equipment, or to direct sled dogs pulling a sled or sleigh.

For horses, in the U.S. “gee” (pronounced jee) generally means turn right, while “haw” means turn left. In England, the meanings are reversed, but as James Lloyd Clark points out, “Generally, work horses are not subject to a lot of international travel so the fear of great confusion on the farm is minimal.”[1] ha! ha!

The English meanings are used for sledding in Alaska and Canada.”  from Wikipedia.

The resoan I was yelling, “Gee!” and “Haw!” was because of Newton’s first law of motion, “An object in motion tends to stay in motion unless acted upon by another force.”  Which translates into, “Once this Mama got the stroller up to speed, heaven help the kiddo that got in the way!  They would get plowed over–hence the use of “Gee!” and “Haw!”.  I would like to clearly state that it is not in any way a reference to the Mama looking like a cow. !!  So you can all stop, “guffawing.” 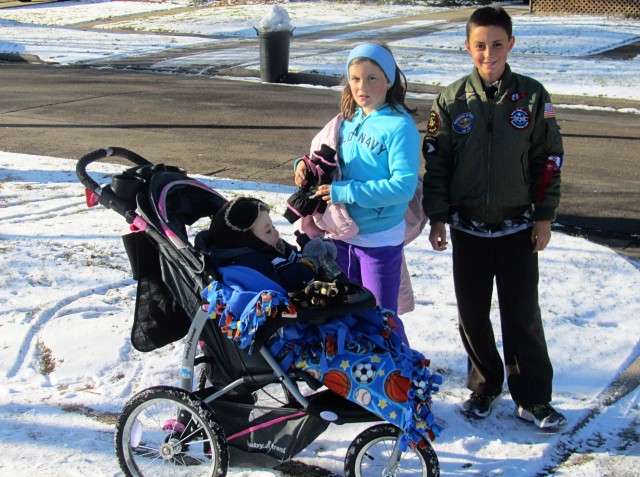 I ran all of January when it looked like this.

I ran all of February when it looked like this. (Cool Cats = Thanks Aunt Jo & Co.)

And I have run in March, when it has been beautiful!

Now with all of my running, I would like to bring you up to date on how many pounds I lost.

remember even a small amount of weight lose would be progress.

Unfortunately you read that correctly.  I gained two pounds.

TOTALLY UNFAIR!  I think there should be a Newton Law against such injustice when one Mama braves ice, sleet, snow, slips, falls, and herding kiddos!!!!!!

(Actually sometime in the middle of February, the kiddos put up such resistence that I started leaving them at home in a warm house.)

Now since I don’t want to discuss this anymore, let’s move on.

This next photo has NOTHING to do with the first part of the post.  It is just something I cooked this week as baseball and Boy Scouts and neighbor kids all required some Texas Sheet Cake. 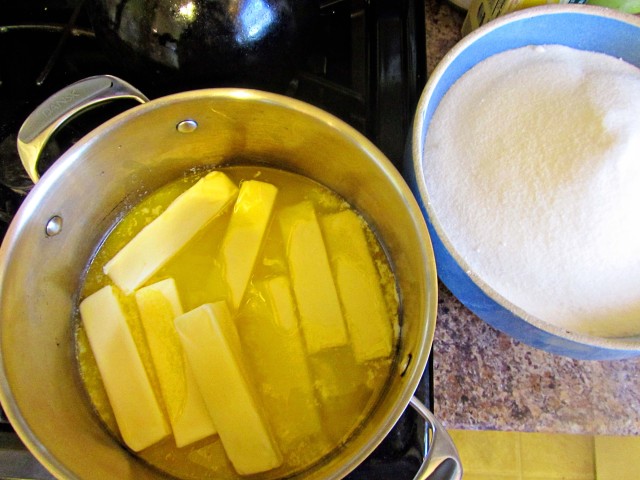 Texas Sheet Cake will be the death of me. 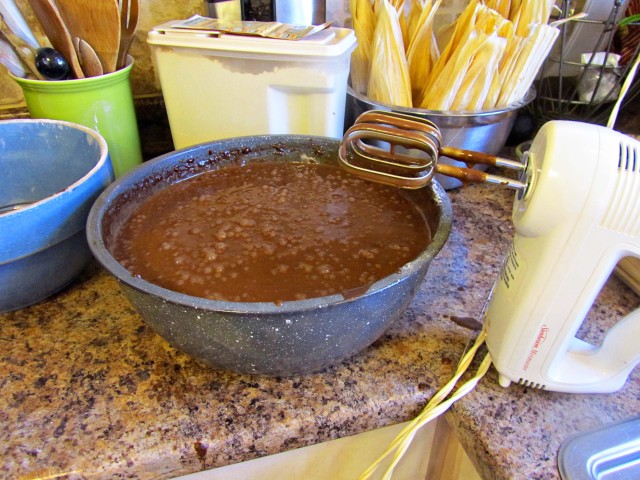 For some reason, only Eloise was around.  (Little Man napping? and I forget where the other two kiddos were.)  So she helped me cook up 4 batches of Texas Chocolate Sheet cake for Boy Scout functions, baseball, and neighborhood kiddos, and us.

And I will close with a Pooh quote, “How long does getting thin take?”

This entry was posted in She said... and tagged texas chocolate sheet cake. Bookmark the permalink.

8 Responses to She Said–A White Wine