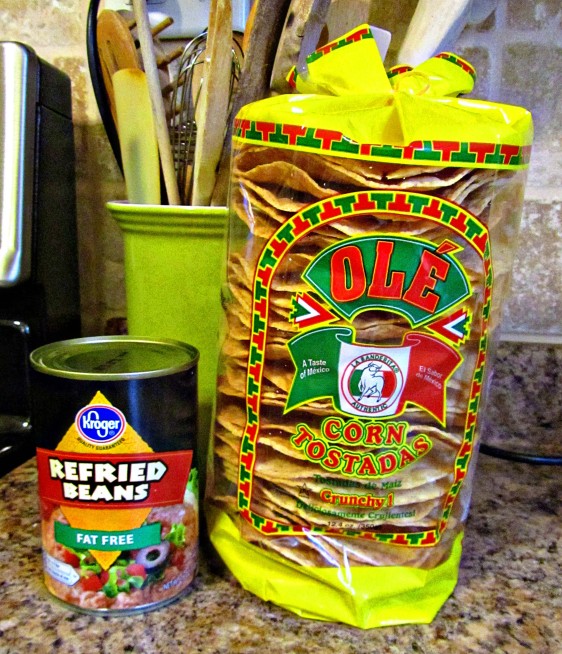 Now I would hate to think that my love for food would have influenced our decision to homeschool, but. . . .

Let’s just put it this way.  Big breakfasts are one of the fringe benefits of homeschooling. 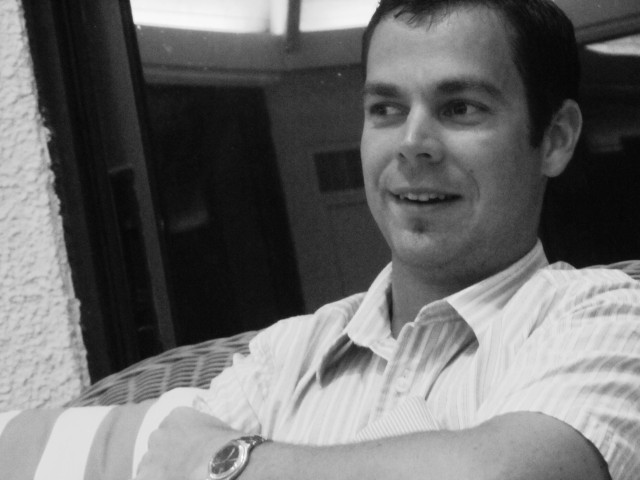 Over Christmas, my brother made this breakfast for us.  IT WAS SOOOOO GOOD!  We have made it several times since.

Now the name “Huevos Rancheros” turned me off because the first time I was served a dish called “Huevos Rancheros” it was scrambled eggs with canned tomatoes (Rotel), sausage and other odds and ends all mixed together.  The result looked awful!  Beyond awful!

Let me introduce you to delectable, delicous, delightful and desired Huevos Rancheros–which is Spanish for “Ranch Eggs”.  We eat these at breakfast and often at supper time. 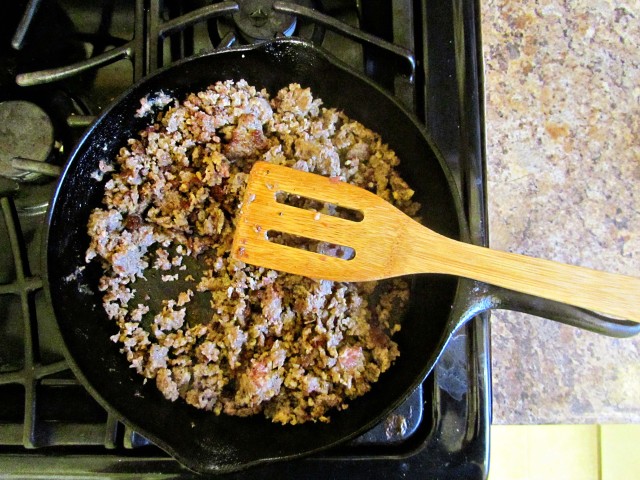 Brown up the ground sausage.  I always spray my pan with PAM first, as it makes cleaning up afterwards easier.  (I love PAM!)

While the sausage is browning, cut up an onion and a green pepper.  How you cut the pepper and onion depends on what the kiddos need to be able to “pick out.” 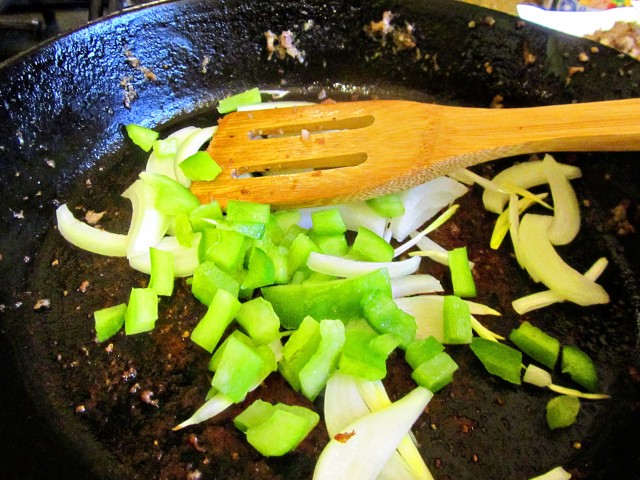 Using the same pan in which the sausage was browned, take out the sausage and throw in the peppers and onions.

Use this time to also heat up your refried beans. 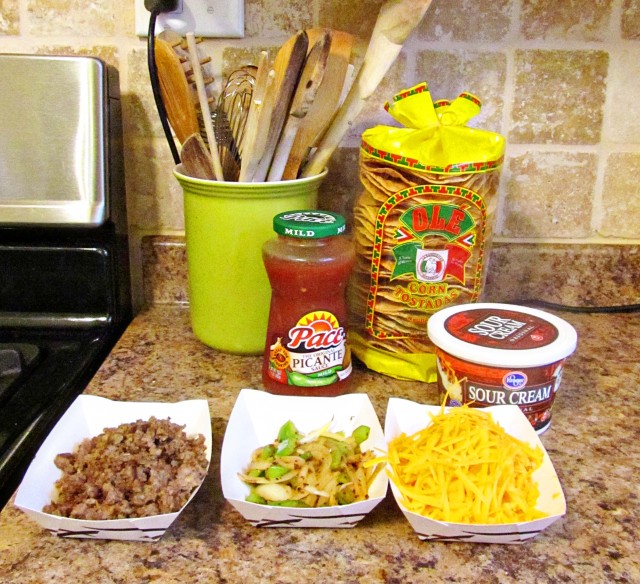 Grate up some cheese, then set up your assembly line.  I like to use these paper boats.  You can buy them at GFS–Gordon’s Food Service.  They are handy for 1 million things including serving snacks to the neighborhood, organizing art supplies for a project, or an easy lunch.

We like salsa and sour cream on our Huevos Rancheros.  And if I had it, I would have added some

You can add a fried eggs to your Huevos Rancheros, and it tastes delicious, however, if you want to make this dish slightly healthier,  you can use a poached egg.  While the eggs are poaching, smear some refried beans on your corn tostada.

When the egg is poached to perfection, slide the egg onto the tostada, then add the toppings–sausage, peppers-n-onions, cheese, salsa, and a dollap of sour cream.  Sprinkle everything with a little salt-n-peppah, and MMMmmmmMMMMM! (Give thanks) and take a bite!

P.S.  Once I omitted the sausage from my tostada, but layered on the peppers-n-onions fried up in the sausage pan.  The flavour was there without the added fat.  It was probably only slightly more healthy, but sometimes several slightlies add up.