To set the record straight, I need to first say that it would never have happened without the two people in the photo above.  They are my parents, and they were a HUGE help.  They watched all four of the kiddos for six days.  In a city.  Eating every meal out.  At museums.  At the American Doll Store.  At Navy Pier.  At meeting/church.  On the “L”.  Early in the morning.  Late at night.  And all the times in-between.

And because Grandpa and Grandma focused on the kiddos, we were able to focus on the Trade Show.

This building is Merchandise Mart in Chicago.  I believe that at one time it was owned by the Kennedy’s and it is beautiful inside and out.  However, our first view of Merchandise Mart was of the basement where we unloaded.

We arrived later in the day, so most people had already unloaded.  But here we are pulling in.

The flat-bed contains all our worldly goods.  At least, it contains what we hope to sell for the good of the world. 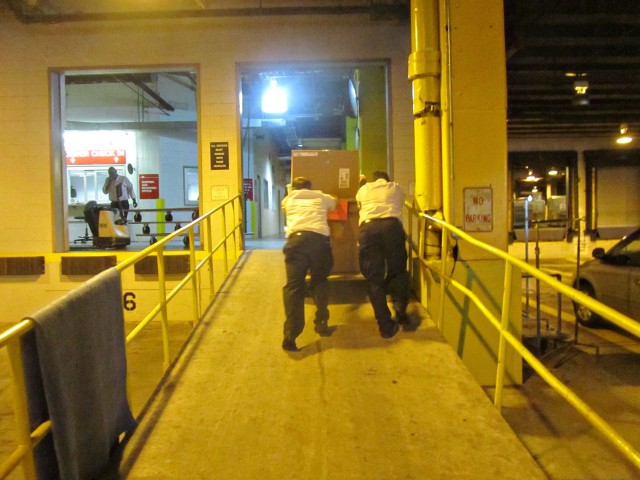 And here are our worldly goods being whirled away–hopefully not for good.  There were all these men in Union Uniforms slapping stickers on things and slapping each other on the back and slapping forms in my hands.  Things appeared and disappeared, and I never knew if I would ever see any of it again–including The Hunni who had to head out and find a place to park the U-Haul trailer.  Everyone was yelling and pointing, and eventually I found someone who was willing to yell and point at me and then yell and point in a direction.  I was so thankful to be yelled and pointed at!  I followed the yelling and pointing and finally found the service elevator to the seventh floor.

Now you would think that getting to the seventh floor would be an easy thing to do, but not so.  Since the Kennedy’s previously owned the building, I am betting that there was a conspiracy theory at work because, not all elevators serviced all the floors.  EVEN IF THE SIGN SAID THAT THE ELEVATOR WENT TO THE SEVENTH FLOOR, IT DIDN’T. In fact, Madeline had such a time trying to get to the seventh floor that we finally had to ask the security guard to find her.   But while one security guard was trying to find Madeline, she found us.  Then they had to send another security guard to find the security guard that was finding Madeline.  At this point, we decided to leave.

But the next day, I did offer to buy the security guard a Starbucks. 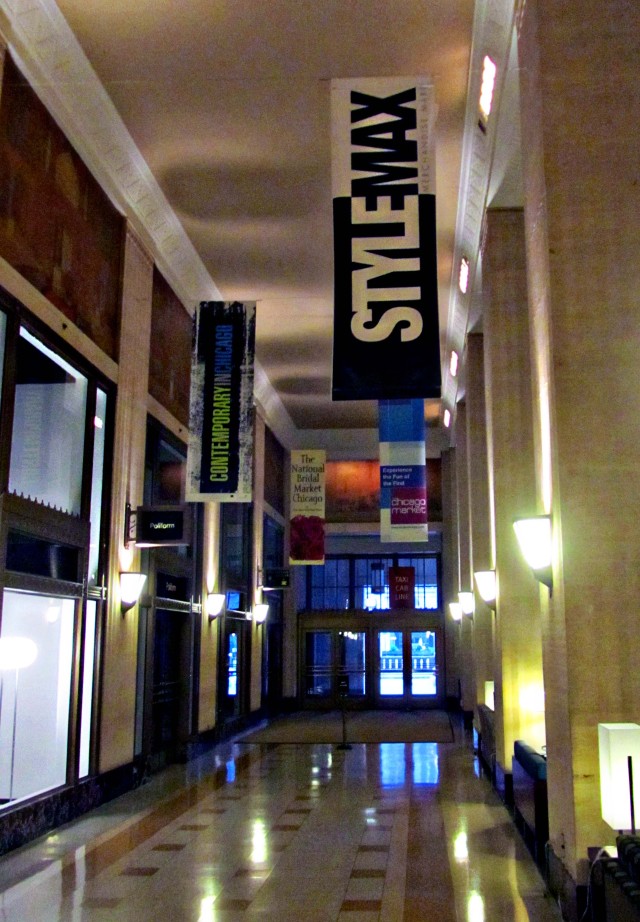 And the day that my mom came we got on an elevator that would only take us to the 6th floor.  No problem, we thought.  We can hike up a set of stairs.  But when we got off at the 6th floor and started climbing the stairs, all the doors were locked until the 10th floor.  At the 10th floor the elevator would only take us to the eighth floor.  So we exited at the eighth floor and finally found an elevator that would take us down to the seventh floor.

So here is my Kennedy Conspiracy Theory.  As you wander the different floors looking for an elevator or a set of stairs or a security guard that can get you to the right floor, you pass all of these wonderfully, lovely, displays.  This floor had shop after shop of tiles.  This bathroom was my favorite–even the “wallpaper” was tile.

And look at these  mannequins sporting the latest styles.  Wait.  Look again, because their entire outfits are all tiles–even the belt.  So as you get lost on the different floors, you also get lost in the beauty of the displays, and ultimately (so the Kennedy Conspiracy Theory goes), you lose money from your bank account as you decide to purchase large amounts of beautiful worldly goods.

But if you ever did make it to the seventh floor on Move In Day, this is what you would see outside of booth #1610.  Or was that #1016.  Despite my dyslexia, someone in a Union Uniform discovered my mistake and slapped a form for me to sign when they delivered our flatbed of worldly goods that had been whirled away.  With a the help of Madeline and The Hunni and some fairy dust, we changed that into. . . . . 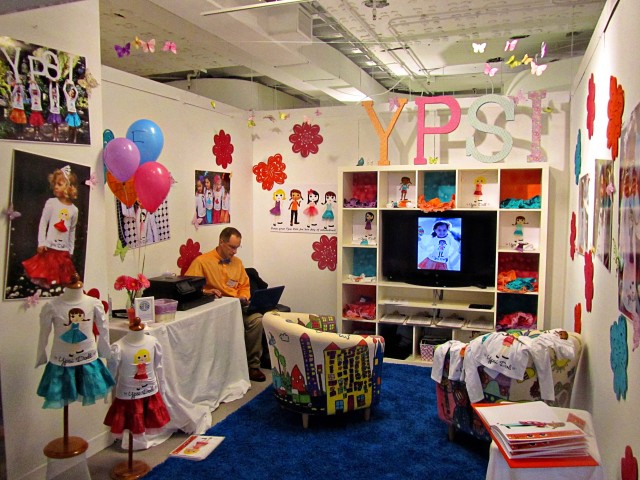 Now I know fairy dust was involved, because that is The Hunni sporting a bow tie, so you see, it had to have been magic.

The 13 minute video of the Ypsi Doll playing on the big screen is permanently ingrained in my mind, but not in a negative way.  I love the Ypsi Dolls. 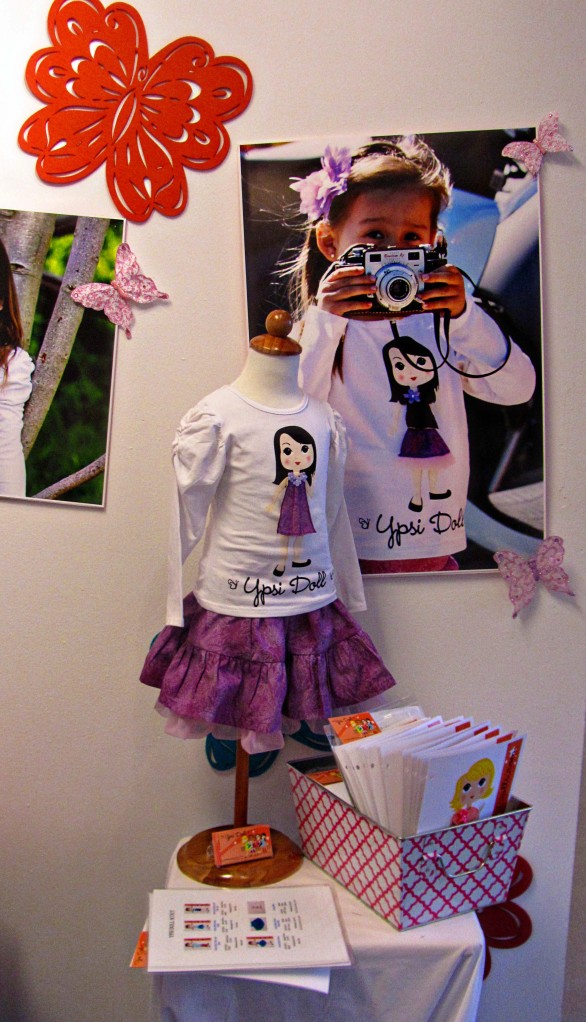 And most of the people who stopped loved them too.  We now have 14 outfits for the Ypsi Dolls to wear.  We plan on adding more each season.  You can visit the Ypsi Doll website at www.ypsidoll.com  . 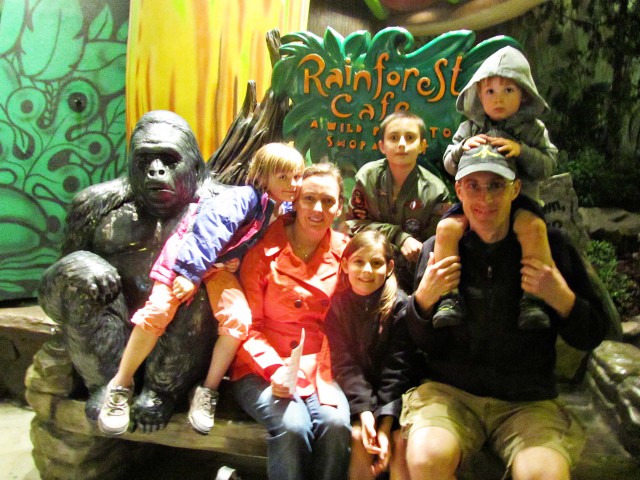 The days were full, and the evening were fun.  On the first night we all went to Rainforest Cafe.  It was fun, and Little Man liked the gorillas that beat their chest. 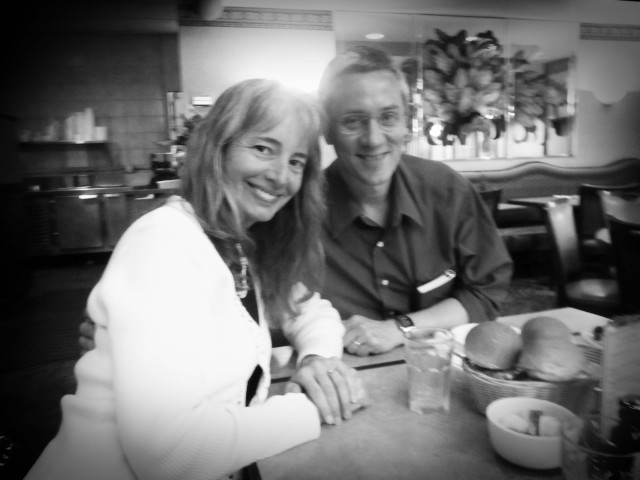 Another evening, we met up with our long time friends Steven and Rene.  Rene grew up knowing The Hunni, and I grew up knowing Stephen, so there is rarely a time of our life that didn’t overlap in some way.  Every time we get together I think, “Why don’t we do this more often?”

Here’s our kiddos making their friendships.

I also attended my first Fashion Show.  I felt very “Oh-la-la” snapping photos from the audience. 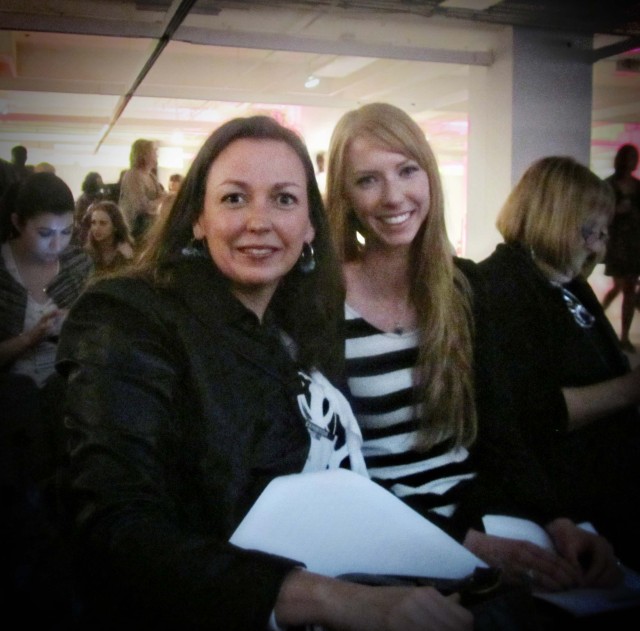 Madeline and I visited during all the “in-between” times.  She know WAY too much about me now.  I will always have to be nice to her as she is loaded with information.

For the most part, photographs aren’t allowed at the show.  Designers are revealing new collections and don’t want anyone to “steal” their ideas.  I must say, that the Trade Show was a very energetic and creative place to be.  Everywhere you turned there were colors and textures and creative ideas.

I saw jewelry being displayed on paper plates.  Now you would think that would be tacky, but the repetitive white circles on a deep blue drop cloth with a piece of jewelry in each circle was mesmerizing.  Since Trade Shows are always a season ahead, I saw fur hats, scarves with felt roses, scarves backed in fur, and scarves in every shade and texture.  The purse section smelled of leather and all the colors were bright.

Here we are on our last night together.

Here is our waitress making guacamole to order.  MMMmmm!!!

Here are my kiddos with their best restaurant manners.  (The arrow shows the place where Little Man bonked his head.)

Here is The Hunni and I.

And here we are moving out.

Here is the end.

Thanks for coming along,

This entry was posted in She said... and tagged merchant mart, style max trade show, ypsi doll. Bookmark the permalink.

21 Responses to She Said–Le Trade Show