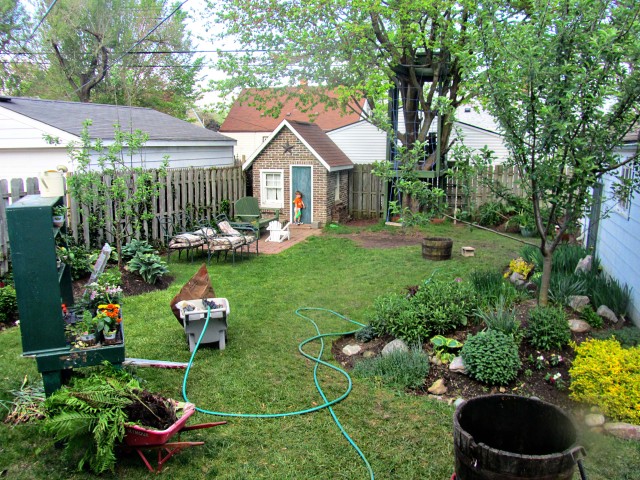 I love days like these.  The whiskey barrel now has tomatoes, cilantro, one hot pepper, and some marigold flowers growing out of it.  I read somewhere that tomato bugs don’t like marigolds, so I generally try to plant them together.  (If you click on this link you will see that marigolds and tomatoes DO work together, but not because they repel tomato bugs, but nematoedes.  Little microscopic buggies that attack the roots of vegetables.)

The Hunni was laying some bricks for an outdoor grill.  Little Man also needed gloves–or glu-ubs–as he called them.  This was very annoying because he kept taking them off, and couldn’t get them back on, on his own.  The Hunni or I had to keep stopping our work to put little fingers in their respective sleeves.

That is rhubarb int he background.  If you want to take a class in Rhubarb 101 click on the blue link.  I had to move the rhubarb, but thankfully, it survived.

Little Man was still wearing his pajamas, his brother’s shoes, and his sister’s pink hat at lunch time.  He was also riding Eloise’s Little Pony Bike.  The Hunni wanted to spray paint the bike for his boy, but I just bought some duck tape and gave the job to Scout.  Little Man now has a blue bike with flames all over it.  I’ll try to post a picture.

A morning outside needed a hot lunch, so I decided to cook a recipe off the PW website that has become a favorite–BBQ Chicken Legs.  Along with the BBQed chicken, I thought I would serve CRASH HOT POTATOES and ROASTED CAULIFLOWER. 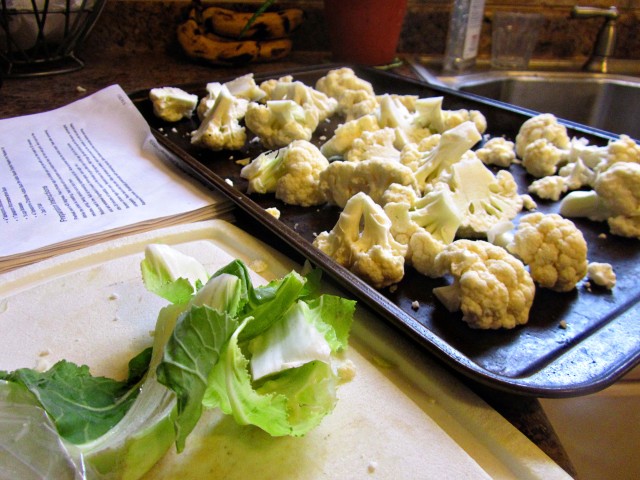 I have often roasted Root Vegetables, but I had never ROASTED CAULIFLOWER (pg. 220.)  The recipe was very straight forward and simple.  The kiddos and Hunni still prefer cauliflower with cheese sauce, but I loved it.

I also made CRASH HOT POTATOES (pg. 217.)  Last winter, The Hunni and I went out on a date.  A rare event.  I had been Team Mom for the All-Star Baseball team, and the team had bought us two movie tickets and a gift certificate to Outback Steak House.  At Outback we had been served something like CRASH HOT POTATOES, and I had loved them.  I tried to make them by baking the new potatoes, then “smashing” them.  The texture wasn’t right.  From PW’s cookbook, I learned that I needed to boil–not bake–the potatoes.  The texture was perfect. 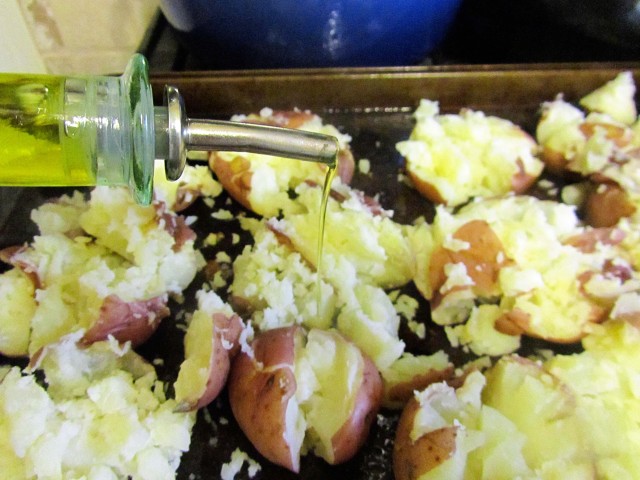 Drizzled with olive oil, sprinkled with salt and pepper, and garlic (PW says to use rosemary which would also taste great.)  The CRASH HOT POTATOES were a bit hit.  The Test Dummies (a.k.a The Kiddos) loved them.

Now here is the picture that I have been dreading to post.

It is an awful food photo, and I know it.  The BBQ chicken looks black, the CRASH HOT POTATOES and ROASTED CAULIFLOWER look bland and insipid.  Dock me on presentation points.  Thank goodness this show isn’t called Chopped! 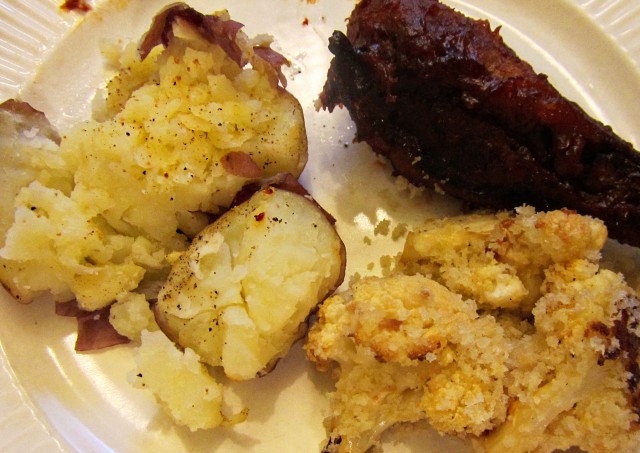 This meal needed color–mainly something green.

It tasted great, just needed color, and something not baked.  Something fresh. 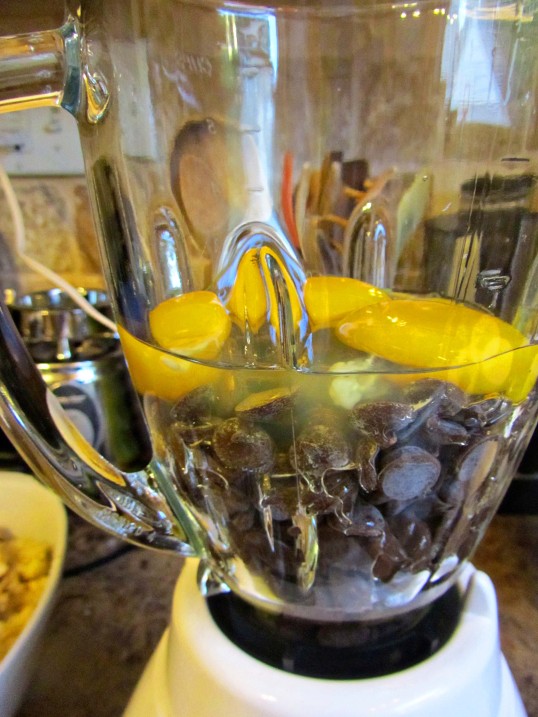 My oh My! this dessert was delicious! This is a “no-bake” dessert which makes it very quick and easy.  The hot coffee cooks the eggs and melts the chocolate all at the same time.  Your only “dishes to wash” are the blender, one measuring spoon, and one measuring cup.  Super easy.

Add to that fact that the POTS DE CREME [po duh krehm] taste like a heavy, fussy, mousse, and you get Easy Fancy Dessert For Company.  Pioneer Woman served hers in Mason Jars.  I used these ramekins, but found the serving size to big for the richness of the dessert.  I almost think that shot glasses would be about the right size–it is THAT rich.  Now I don’t have shot glasses, so I am thinking of using these paper cups.

I think that the POTS DE CREME could be served on a dessert plate dusted in cocoa powder and piled with some fresh raspberries.  Ree Drummond also mentions that you could add mint extract to the POTS DE CREME.  I think I will try it next time–a good complement.

A short post about a long day that included 2=year-old shots for Little Man and three soccer practices.

COMMENTS:  The CRASH HOT POTATOES are going to be a regular item in our menu–easy, cheap, and most of all Kiddo Friendly.  I was the only one who really enjoyed the ROASTED CAULIFLOWER.  I think I will add it to our dinners very occasionally.  The POTS DE CREME are going into my secret arsenal of Fast and Flashy Desserts.  I think they could really impress.  They do take some time to set up–2+ hours, but the time spent over the blender is less than 3 minutes.

Now it is your turn to go to work.  You have been very generous in your marks.

Get out those virtual red pens and get to work.

And thanks for stopping by.

And I love all ya’ll.

(Maybe that will help with the grading.)

This entry was posted in Recipes and tagged cooking ree drummond's cookbook. Bookmark the permalink.