With the big issue of finding a Sales Rep for our Ypsi Doll Clothing line behind us, we know no longer had to “man the booth.”  I had been dreading this decision, as I rather like the artistic energy of trade shows, the time away from the dishes and laundry, the reason to dress up, the feeling of possibilities that go with a trade show.  That stage of our business had just been handed off, and I was very surprised at the sense of relief I felt.

Being freed from our booth, allowed us to drive the two hours out to The Hunni’s brother’s place.

Just as we entered the town of Tyler, we passed this shop.  We needed to stop as the cell phone coverage wasn’t great, and The Hunni was trying to carry on a conversation with one of his pilot friends who lives in Tyler.  His pilot friend couldn’t meet for doughnuts, but that didn’t stop us.  (A funny ending to this account is that recently our friend Heather from Austin sat right beside our pilot friend on a flight!!!–it really is a small world.)

Little Man (the baby) was thrilled to be out of the car and moving his legs.  He loved hopping on all the squares.  I love black and while linoleum tiles, and our laundry room floor is covered in light blue and white.  However, I liked the coffee and cream look here.  A little less stark than black and white. 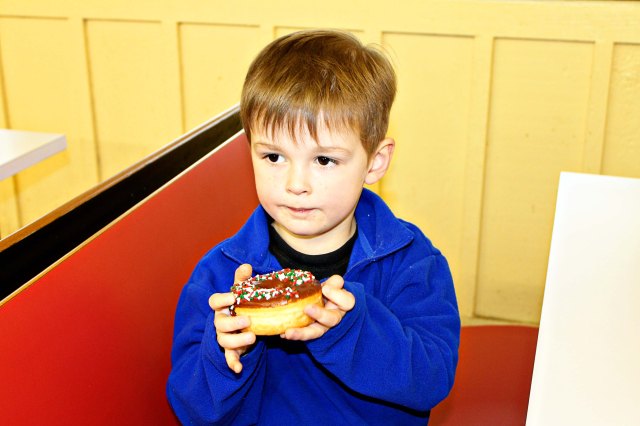 Doughnuts downed, we started visiting boutiques.  They were all over town, so it took all of the morning, and into the afternoon to hit all the boutiques.  At 2:00, the kids couldn’t hold off anymore.  We needed lunch.

With doughnuts for a mid-morning snack, we wanted salad, so we found an Olive Garden and ordered soup, salad, and bread sticks all around.  At $6.95 (until 4:00) we often go to an Olive Garden instead of a fast food restaurant while on a trip.  You can even get the items to go if you call ahead.

The Hunni’s brother is an unapolegetic redneck.  His family lives in a trailer, he has chickens in the yard, he drives a truck that he fixes himself, and he never buys something if he can make it himself.  Some humorous definitions of a redneck are. . .

Being from the country myself, it is always refreshing to get out of the city. 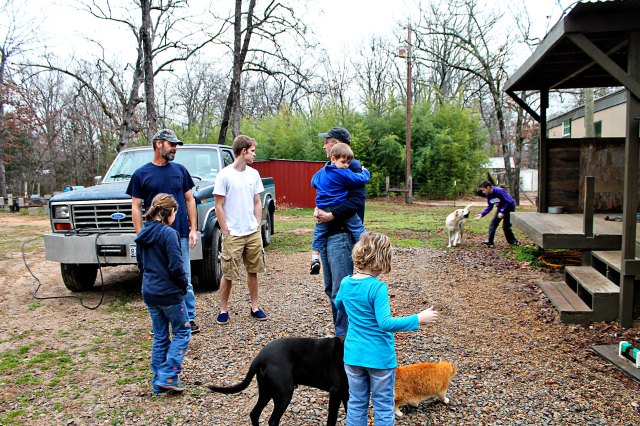 And it is always great to see family.  Dave (The Hunni’s brother) and Teresa have two highschool aged boys.  Like most Southerners, they always say, “sir” and “ma’am”  when answering a question or addressing you.  Since we currently live near Detroit where manners are becoming extinct, it is a nice change to be back in the South where manners are a way of life.

Since I had never been to Dave and Teresa’s place, they showed us around.  (The Hunni can sometime pop over for a visit when he has a layover in Dallas.) 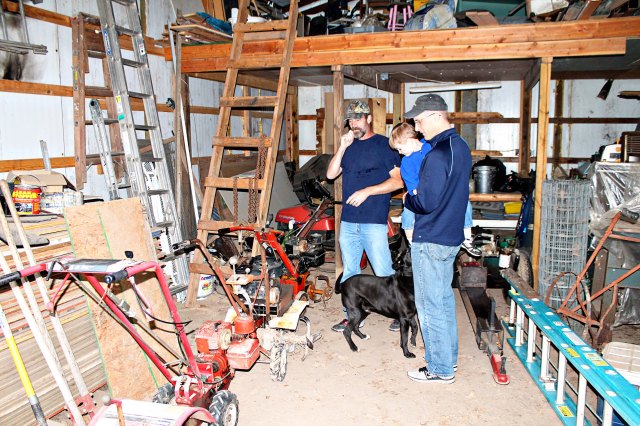 Dave always has a project going.  Here he is showing us three roto tillers that he plans to convert into a machine that will dig a well on his new property. 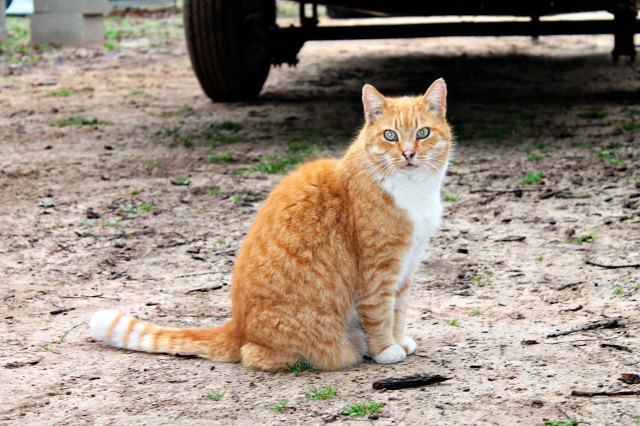 Ginger here is just purrrrrr-fect. Soft.  Beautiful.  and Gentle.  Too bad we are all allergic to cats. 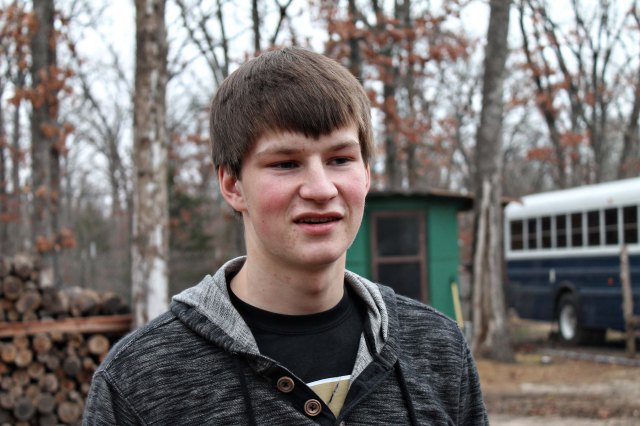 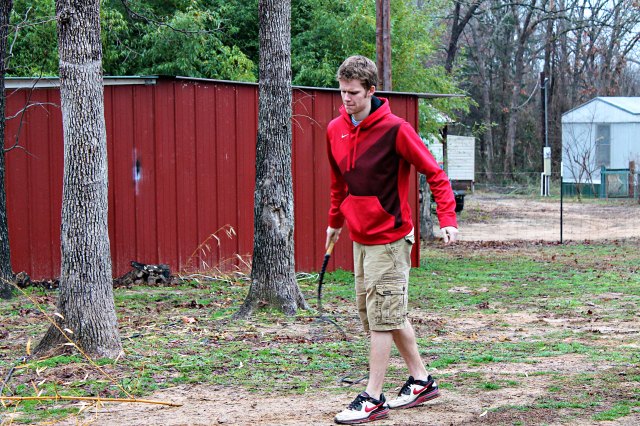 Jake is trying to crack the whip that Baseball Boy bought down in San Antonio.  Baseball Boy asked me if I wanted to practice cracking the whip, but I said, that I had plenty of practice.  I had to “crack the whip” every morning.  BTW the reason a whip makes that cracking sound is because the tip (or popper) on the end is traveling faster than the speed of sound.

A professional whip cracker is a friend of The Hunni’s.  We had seen him crack whips and throw knives during a performance, but one day he stopped by our house.  Talk turned to whips, and he got one out of his trunk and started cracking it in our front yard.  He then had The Hunni put a thin strip of paper in his mouth, and he, crack-by-crack, snapped off the ends of that paper until only an inch was left.  Now remember that tip is going faster than the speed of sound, and my Hunni’s eyes are just above his mouth.  As much as I respected Kevin’s abilities, I was thankful when he started using himself to demonstrate.  He then put a strip of paper in his own mouth, and crack-by-crack snapped the end off the paper. 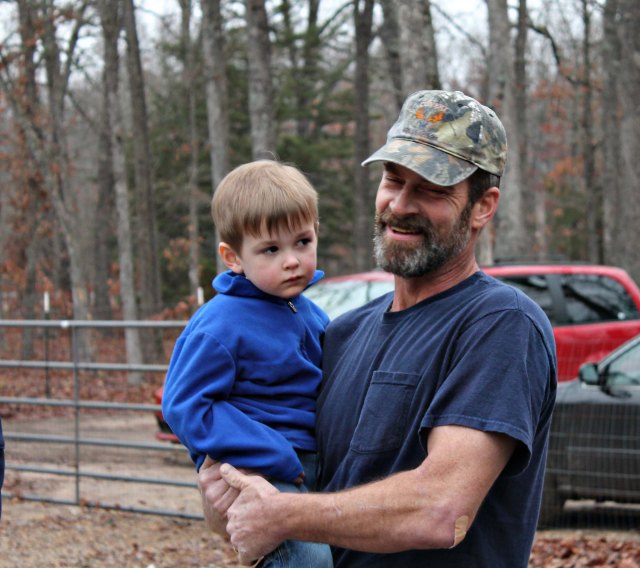 Little Man (the baby) warmed right up to Brother Dave.  He’s good with kids.  He’s a good dad as well.

My sister-in-law Teresa is Texas born and bred.  Listening to her talk is like watching molasses pour on a cold day.  Southerners can add two extra syllables to every word in the English language.  Example: “Well, shut my mouth, I reckon these here gah-rits-zah (grits) be right good!”  translation = These are good grits.  Conversely, they can also take three words and make it into one word.  Example:  I’m fix’n ta go eat.  Jaheet, yet?  Translation:  I going to eat.  Did you eat yet?

We headed out to Brother Dave’s new piece of property and “mucked about.”  He has some really nice acreage with both woods and a pond.

I love hearing others dreams and plans.  There is always a contagious excitement listening in on a dream.  I loved walking over Dave and Teresa’s property imaging the changes right along with them.

Every dream has some thorns, and we had to be careful not to get poked by this thorn bush.  The long thorns not only poked, but they also has an irritant in them that raised a welt.

We found this jaw bone on our walk through the enchanted forest.

Even the weeds had a magical quality to them. 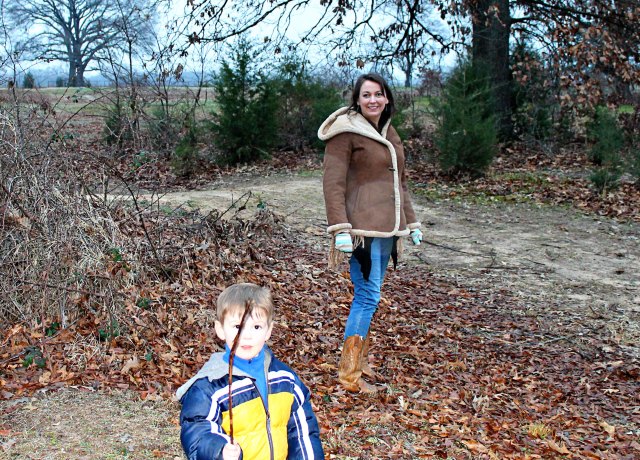 Our afternoon tromp ended with a trip to Pizza Hut.  There we visited as long as we could before heading back to Dallas for the night.

We left behind a field of dreams and a piece of our hearts.

This entry was posted in She said... and tagged southern talk, tyler texas. Bookmark the permalink.